The Well Cross-Reference Table of the Database extends the capabilities of well analysis by linking more than two million producible completions in the U.S. to the fields, reservoirs, and plays of the Database.

It does so by linking the API well code of every well to the entity identifiers (keys) of the three major components of the Database:

The first illustration of this pair shows the number of completions annually in north Louisiana from 2004 to 2014 for two groups of tight sandstone plays (Cotton Valley and Hosston/Travis Peak) and the shale gas Haynesville play. The second illustration shows the spatial distribution of Haynesville completions in North Lousiana for three different vintage periods; pre-2010, 2010-2011, and 2012-2014. 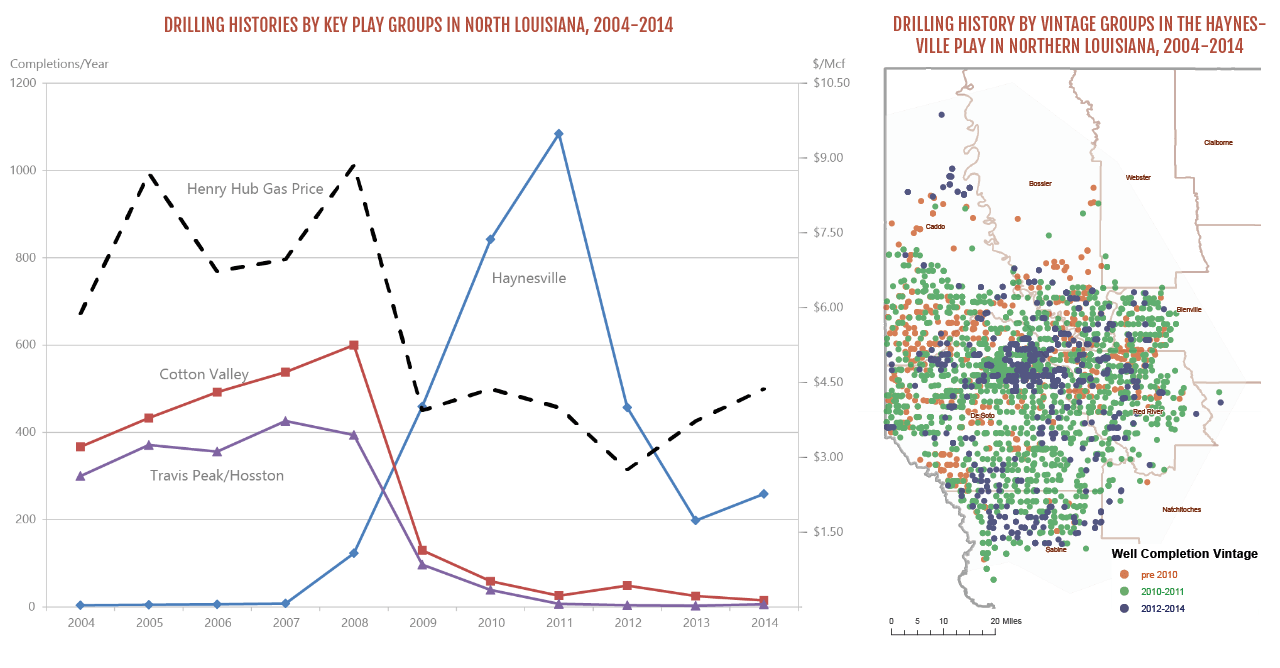 Nehring Associates also uses an expanded version of the Well Cross-Reference Table to create the Field and Reservoir Outlines of the database. Learn more about Spatial Display